Jammin’ The Peak Music Series will offer local music entertainment, with door prizes and plenty of âpre’ ski fun!  This season we kick off the series on Saturday, January 4, 2020 at the Stewart Lodge Bar in the Stewart Lodge with the final event at the Dark Horse on February 22, 2020.  On each of the series dates, music will rock the house from 2:00 to 6:00 and door prizes from the weekly sponsor will be drawn at 5:00.  During each series the six final prizes that will be given away will be a Terry Peak glass.  Each week six lucky winners that take home the coveted Terry Peak glass and become one of 48 finalist will go into the final drawing on February 22, 2020.  On February 22, 2020, the first finalist to be drawn will have their choice of two grand prizes; a pair of skis from Peak Sports of Rapid City or the Alaskan Snowboard from Quality Beverage.  To enter you must be 21, and you must be present to win.  Only ONE entry each week will be allowed.  Only one Grand Prize will be allowed per person.

Participation Rules: Must be 21 years of ages to participate in the bar activity, must be present to win and only ONE entry per person per event.

If by chance you win a door prize and your name is called a second time, you will forfeit the original door prize, the second door prize, and your name will not be put back in the finalist drawing to win a Terry Peak glass. Only one Grand Prize will be allowed per person. 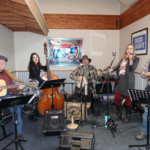 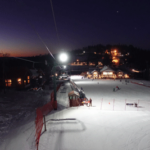 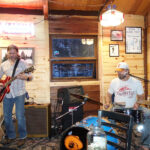